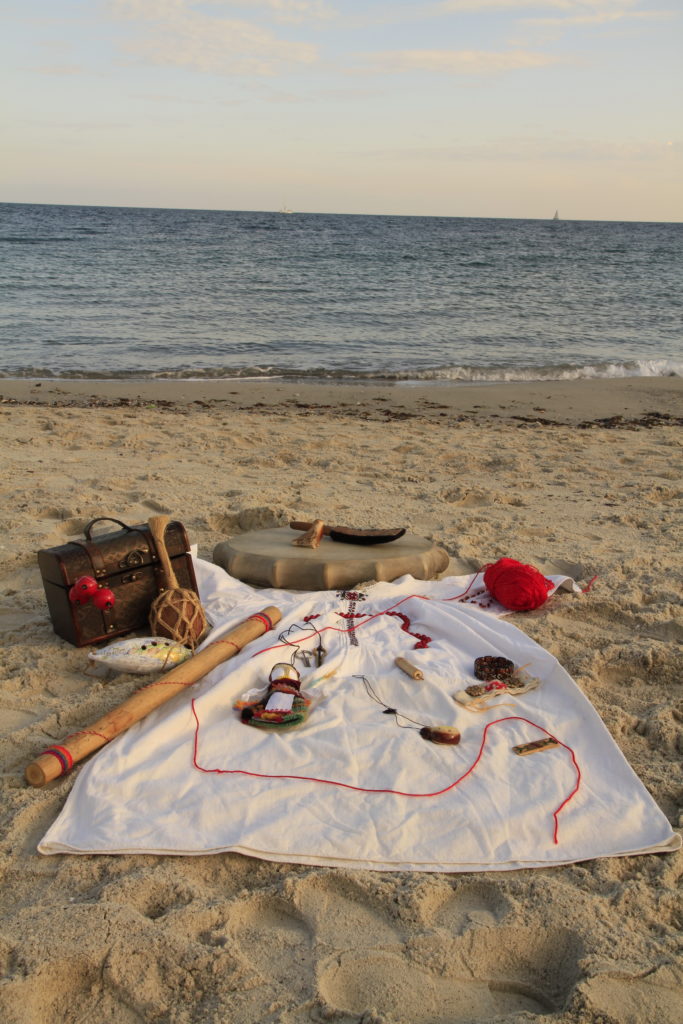 Ivanna Nechay is a singer, actress, teacher and the author of her own songs, written in the spirit of ‘World Music’ and city shamanism.

Ivanna is a founder and director of the folk theatre ‘Theatre Popular Ivanna Nechay’ based in Paris, France. The theatre organises musical performances, that reveal the main Slavic celebrations: Christmas holidays, Maslenitsa, St.John the Baptist’s Day (Ivan Kupala), Harvest festival (Obginki) etc. Recently, a new retrospective performance ‘The Muses’, dedicated to the greatest women of the past centuries, was included in the repertory of the theatre.

Ivanna Nechay was born in Odessa, Ukraine and spent her childhood years in Donbass, Eastern Ukraine. When Ivanna turned 17, she went back to her historical homeland. There she was inspired to create and work on her own musical projects. In meantime, she was also producing ethno-ecological festivals of urban and regional levels.

In 2013 the album ‘Satori LIVE’ was created in tandem with a talented odessan composer Rostislav Valberg.

From 2010 was cooperating with Odessan Philarmonic Society as a solo singer in the musical ensemble ‘Mosaica’. At the same time Ivanna gave performances with her musical project ‘Ivanna Nechay’ in CIS and EU countries.

From 2013 gave lectures on folkloristics in International Summer school of folklife cultures, arts and crafts “Slavic Path” in Bulgaria.

In 2015 emigrated to Paris. In October founded her music and theatre studio. In May 2016 created a cultural association Theatre Populaire, that unites artistic and creative individuals from former USSR and who are now living in Paris.

At present Ivanna is actively developing her theatre. She is also a vocal and scenic speech trainer. Ivanna is open to all kinds of collaboration, tour propositions and her solo and theatre projects promotion.